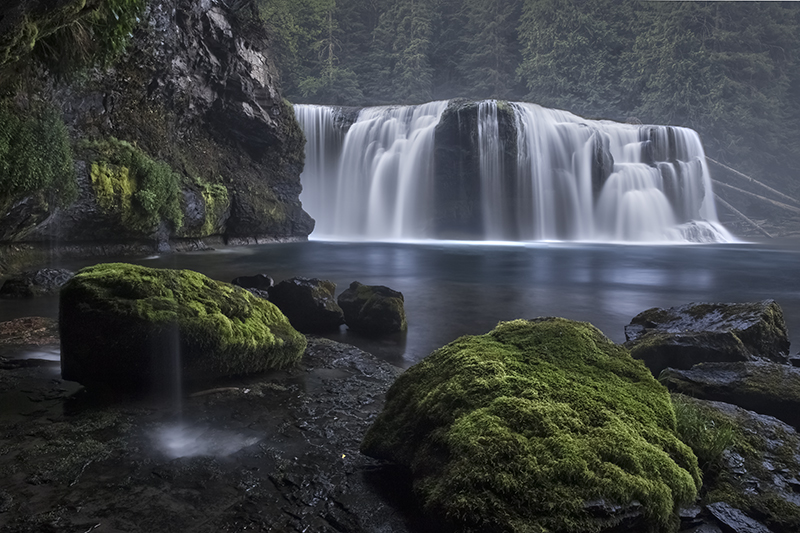 As the old adage says, the third time is the charm. However, in this case it was the fourth time... my first attempt to visit this waterfall was thwarted by two feet of snow just a few miles from the falls, the second came in late summer when the falls were almost completely dried up. Fast forward another year and my third visit revealed these falls at a catastrophic flood stage.

I returned for the fourth time a month later in July of 2017. Arriving late in the evening I shot a few pictures, and then set up my tent and read Stephen King's The Shining before retiring for the night. Which turned out to be a good choice when you are alone and deep in the woods, far away from civilization and cell service. That morning after spending the night creeped out by every slight noise in the woods, I rose from my campsite and hiked to the falls. Making it before the sun rose into the valley and captured this 'mystical' scene with the early morning fog still lingering amongst the falls.

The time and effort involved in finally capturing Lewis Falls in the perfect light makes this one of my favorite shots to date.