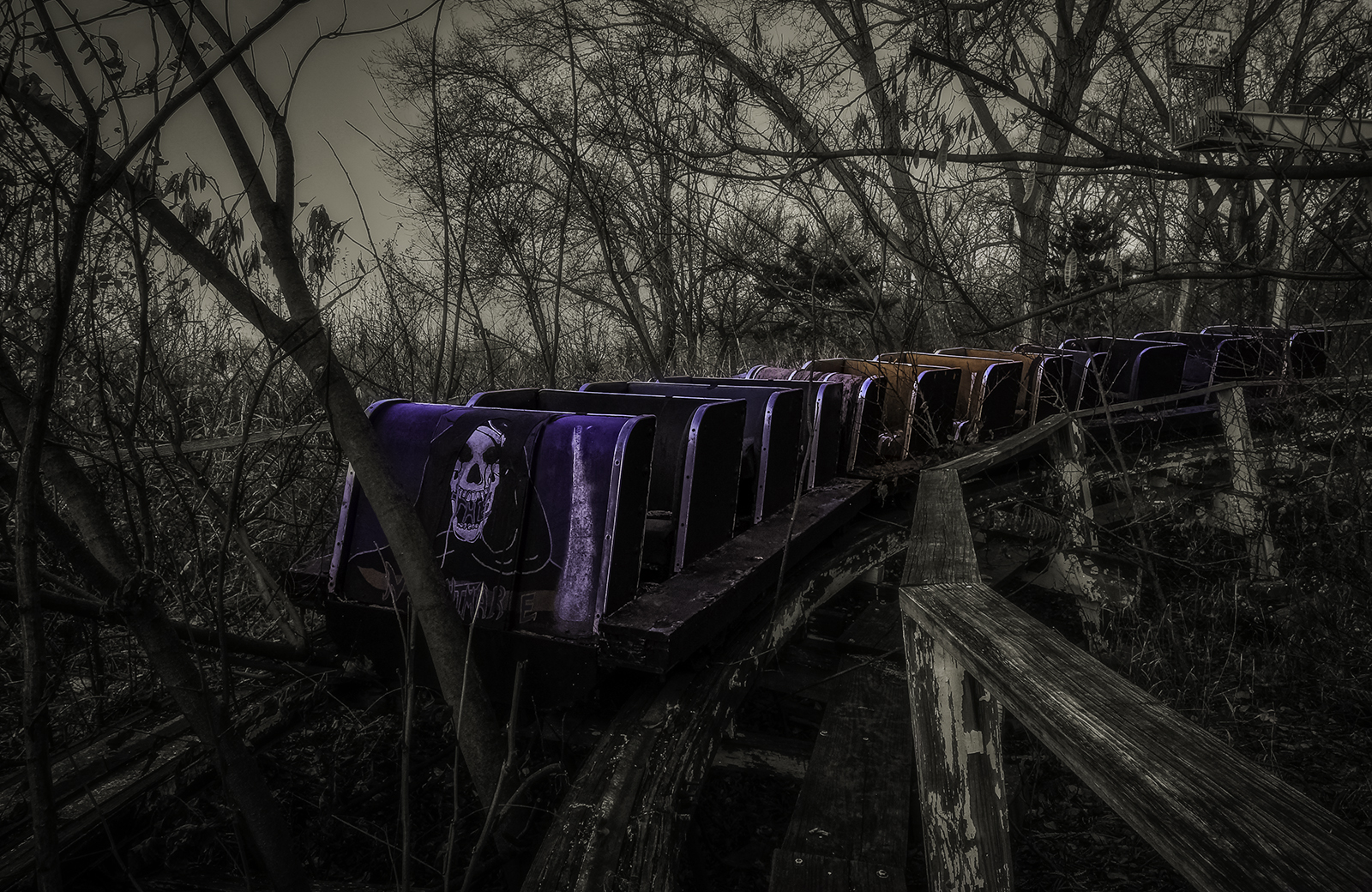 My first and only trip to the Joyland Amusement Park in Wichita, Kansas came on the frigid Thanksgiving morning of 2013. The park had already seen years of vandalism, arson, general neglect, and was a shell of its former self.

In 1949, Joyland’s signature ride known simply as “Roller Coaster” made its debut. With a drop of nearly 80ft and a track length of over half a mile, it would remain one of the park’s iconic rides until its closure in 2006. It stood until 2015 when an early morning thunderstorm blew through Wichita, ultimately destroying this once classic coaster.

Today, it truly is a “Ghost Train”, and I am glad I was able to capture this iconic coaster before it was forever lost.